Recently, a friend of mine made my family the Shrimp Boil Foil Packet recipe an 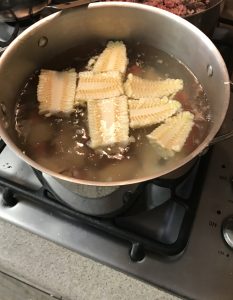 d everyone fell in love with it.   Naturally, I was intrigued to make it myself.   I found the recipe on Pinterest.   Crème de la Crumb posted the recipe on its blog here.

Flogger Deviation:  Given the fact that I am feeding 6 males (yes, you read that right), I doubled the recipe and had only one packet left over for grandpa’s lunch the next day. 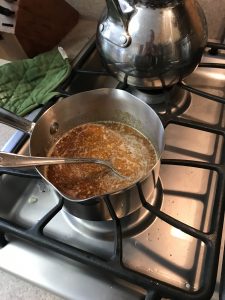 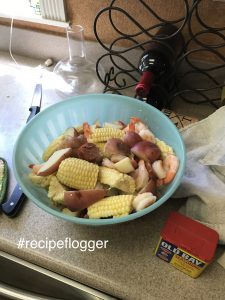 Flogger Observation: The recipe says it takes 10 minutes to prepare.  However, your Flogger found it took FAR longer than 10 minutes to prepare.  It took time for the water to boil and cook the vegetables.  It took a few minutes to cut the potatoes and the corn.  Also, I was glad I had my trusty husband around for this one.  He had to chop the corn and that was no easy task even for him.   I estimated it took 25 minutes to prepare the recipe for grilling on the grill.   This amount of time may be because of the large amount of food I was preparing.  But, regardless, I believe even if I made just the recipe on hand, I would have taken longer than 10 minutes.

Flogger Deviation:  I also put more butter than what the recipe called for.  I LOVE my butter and felt that the recipe would do just fine with the extra butter and I was 100% correct on my assumption.  I added twice as much, but feel free to experiment. 🙂 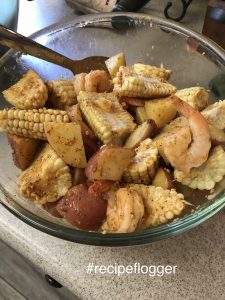 Once the vegetables were cooked and the seasoning and butter were prepared according to the directions, it was easy breezy assembling everything together and putting them into 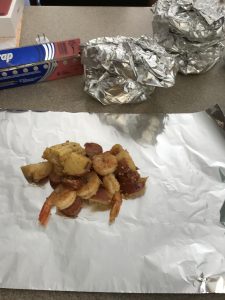 Flogger Observation: When we began grilling the foil packets, they began to come open and some of the yummy butter seasoning was leaking out on the grill, and trust me, you don’t want that to happen.

Flogger Suggestion:  When assembling the foil packets, it would be wise to use slightly larger sheet of foil for laying the food on and using another sheet of foil as a make-shift lid for the packet.   Then, fold up the Packet edges nice and tight.  This will help avoid leaking and will keep all the food and the delicious seasoning nice and cozy in the foil once it begins to grill on the barbecue. 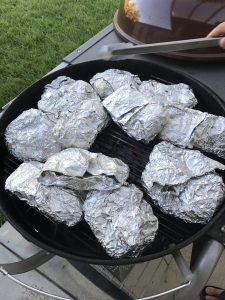 Flogger Suggestion:  To make this 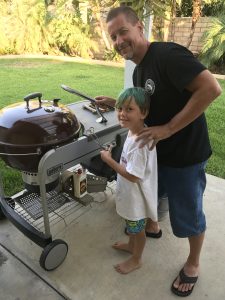 recipe fit to the preparation time listed in the recipe, it might be wise to cut the vegetables before-hand.   I highly doubt I personally can do that, since my life is always up in the air and never goes as planned.   If I can get my kids’ lunches made the night before and the dinner cleaned up, I’m doing good for myself.  Planning anything too far in advance is not the cards for me.

Flogger Outcome:  IT’S A WIN!  My kids loved it, my hubby loved it and even grandpa loved it.  I will definitely use this recipe again in the future.

Flogger Questions:  Have you tried this recipe?  What did you think about it?   Did you prepare the recipe in the 10-minute time it called for?  If so, how?  Let me know your thoughts. 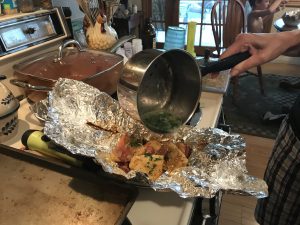 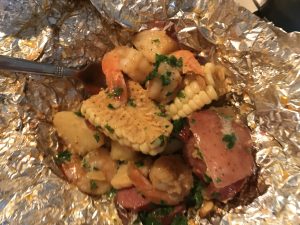 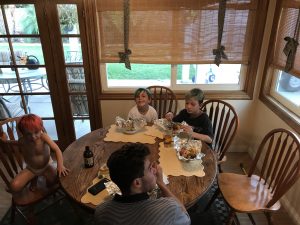